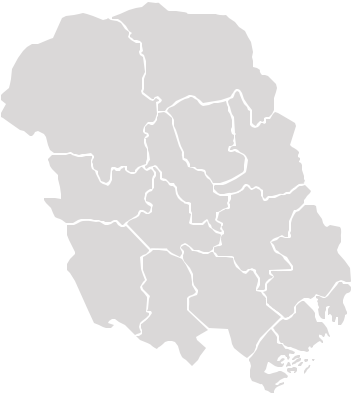 You are here: Information > Product Catch all > Brekkeparken in Skien 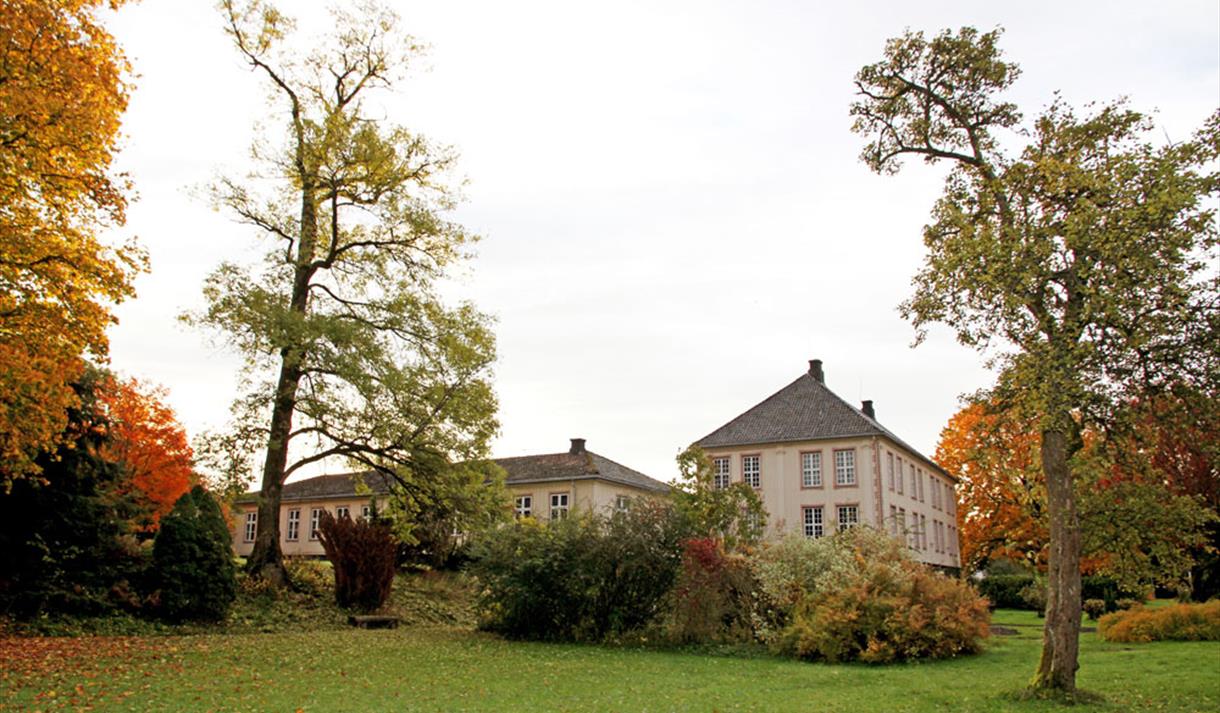 From Brekkeparken you have a beautiful view over the town of Skien and the Telemark Canal. The park is inspired by English landscape style. Herek you will find an open-air museum with old farmhouses from all over Telemark. Since the museum opened in 1909, Brekkeparken has been the city's public park and it is open to the public throughout the summer season. It is free to enter the park.

The Tulip Park
The fine park surrounding the manor house is inspired by the English landscaping style. Since the museum’s opening in 1909, Brekkeparken has been a park for all the citizens of Skien, open to the public throughout the summer months. Brekkeparken is renowned for its magnificent floral displays. 27,000 tulips will blossom every summer.

Old farm buildings
14 farm buildings have been moved to this park and complete this open air museum. Brekkeparken and the romantic garden, which blooms throughout the season, offer you experiences and recreation. The extensive park has surrounded Southern Brekke mansion since 1820.

Søndre Brekke manison
The manor house at Søndre Brekke is truly magnificent! The building has been restored to the Empire style, to resemble how it must have looked when Niels Aall and his family lived at Brekke in the early 19th century. Aall was the minister of trade, and an exhibition describes the role he played in the negotiations to draw up the Norwegian constitution at Eidsvoll in 1814.

Have a nice meal – on Skien’s ”roof” – overviewing the Telemark canal
The museum café and restaurant, Brekkeparken kafe, has a magnificent view from Skien’s “roof.” You can see the centre of the town and the two waterways that made Skien a city. The museum restaurant was built in 1928 in the national romantic style. 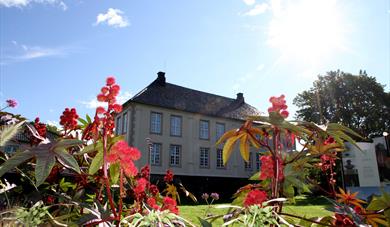 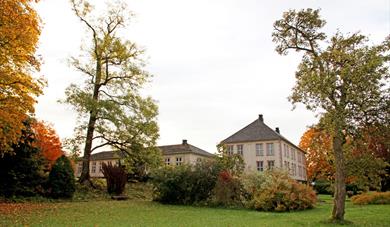